Development of the Gulf of Mexico Marine Debris Model 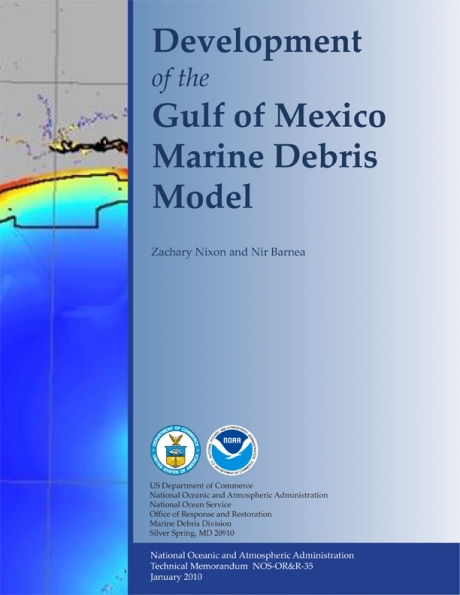 One of the most pressing needs when addressing marine debris dispersion caused by a major storm is to assess and verify debris locations. Knowing where high densities of marine debris are likely to be found could greatly assist in developing survey priorities and in planning for debris removal. Moreover, a simple, inexpensive, rapid, and verifiable mode to predict marine debris densities could be very useful to federal and state manages dealing with marine debris.

The data collected by this project compromise one of the largest systematically collected, post-storm investigations of marine debris in existence, and provide the building blocks for assembling such a model. This document describes model construction and performance.