The Ghost Trap Rodeo: Competitions to Find and Remove Ghost Fishing Gear and Marine Debris from the Tampa Bay Estuary 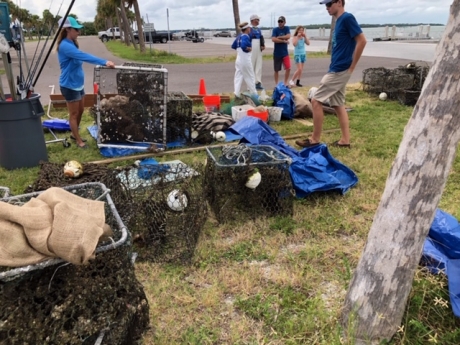 In the first event over 1,400 pounds of derelict crab traps and other forms of marine debris were removed. (Photo Credit: NOAA) 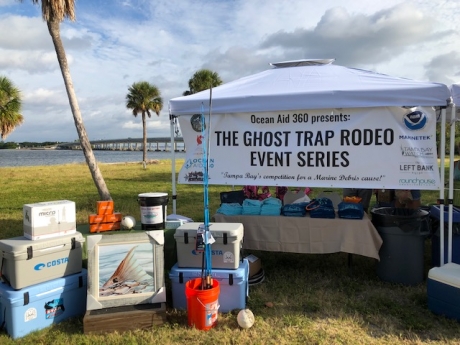 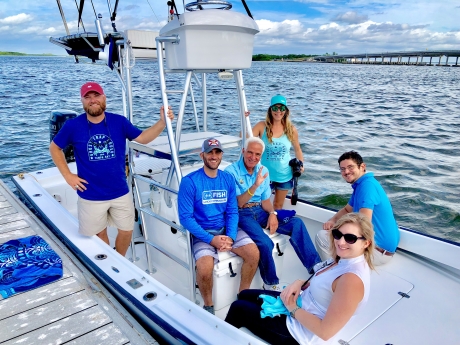 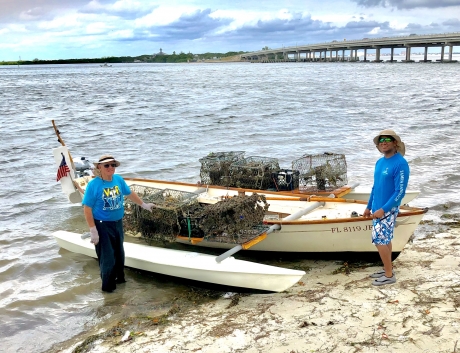 Who is involved?
With the support of a NOAA Marine Debris Program Community-based Marine Debris Removal Grant, Ocean Aid 360, in partnership with the Coastal Conservation Association Florida, mobilized a diverse group of boaters, anglers, and industry members that detected and removed 15,000 pounds of derelict crab traps and other fishing gear from Florida’s Tampa Bay estuary. To accomplish this goal, they conducted awareness campaigns and a Ghost Trap Rodeo event series comprised of at least six weekend-long marine debris removal competitions. The Ghost Trap Rodeo events are organized like shallow water fishing tournaments, but instead of weighing in fish, event participants weighed in abandoned crab traps, fishing gear, and other forms of marine debris.

What is the project and why is it important?
In Florida, hundreds of thousands of crab and lobster traps are fished annually. Tampa Bay is home to a vibrant crab fishery, for both stone crabs and blue crabs. Both recreational and commercial participants experience occasional trap losses due to a variety of potential factors including intentional abandonment, storms or severe weather, entanglement with other fishing gear, or buoy lines cut by passing boats. Once left in the environment, derelict traps can continue to capture marine animals—a phenomenon called ‘ghost fishing.’ Today, best estimates put Tampa Bay's number of active ghost traps somewhere near 10,000 traps. By continuing to entrap and entangle both target and non-target species, derelict crab traps can cause economic losses for fishermen and harm to Tampa Bay’s natural resources.

The Ghost Trap Rodeo event series was an opportunity for knowledgeable local anglers and boaters to come together and launch their vessels and paddle-craft in search of these ghost traps and other types of marine debris. During removal events, participants became citizen scientists by collecting data on the species removed from the derelict crab traps and fishing gear. At the end of each event, the anglers and boaters that remove the most debris had a chance at winning great industry sponsored prizes. The Ghost Trap Rodeo was inspired by the belief that local anglers and boaters know their local waters, and are well suited to locate and remove derelict traps and fishing gear, ultimately contributing to the conservation of a waterbody they depend on.

In the first event over 1,400 pounds of derelict crab traps and other forms of marine debris were removed. (Photo Credit: NOAA)