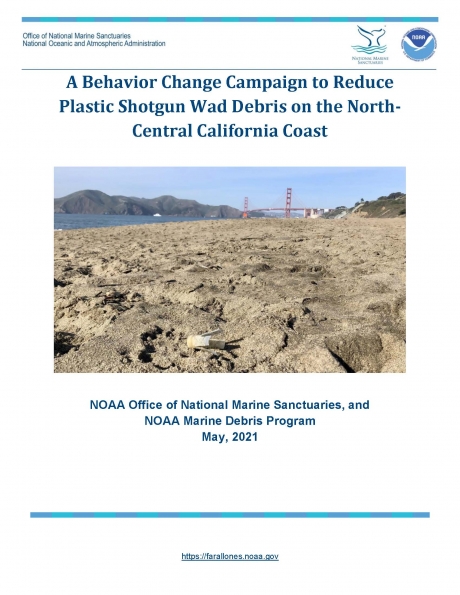 With this data Greater Farallones National Marine Sanctuary and Greater Farallones Association, with funding from the NOAA Marine Debris Program, developed a project to reduce plastic shotgun wad debris from entering San Francisco Bay and depositing onto coastal beaches. The results of the pilot project affirmed that a behavior change campaign is an effective way to address this type of marine debris that can be easily connected to a specific activity and location. The pilot project is documented in the report, “A Behavior Change Campaign to Reduce Plastic Shotgun Wad Debris on the North-central California Coast.”