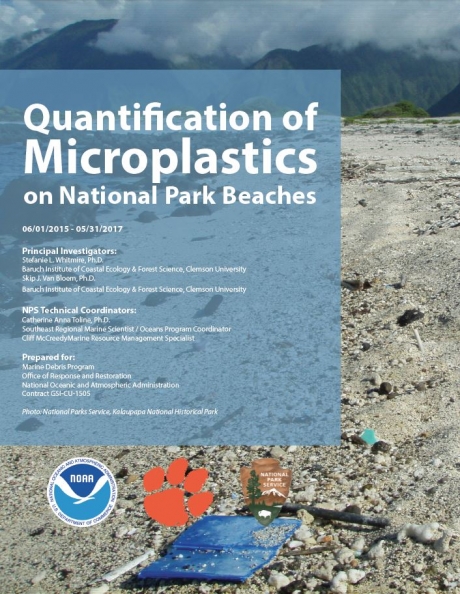 *Note that this was a ‘snapshot’ study-- results were based on one sampling point in time.

Check out this storymap, put together by the National Park Service, which highlights this project.

This infographic more plainly outlines the results reported in the Quantification of Microplastics on National Park Beaches. For more information on this project, its results, and to access the downloadable infographic, check out the project profile.