On March 11, 2011, a devastating 9.0 earthquake and tsunami struck Japan. The disaster claimed nearly 16,000 lives, injured 6,000, and destroyed or damaged countless buildings. As a result of the disaster, NOAA has seen a portion of the debris that the tsunami washed into the ocean reach U.S. and Canadian shores over the past several years. It is likely that more debris will continue to arrive.

NOAA has led efforts with federal, state, and local partners to collect data, assess the debris, and reduce possible impacts to our natural resources and coastal communities.

These are general instructions for what to do if you encounter unusual marine debris on a shoreline or at sea.

A NOAA modeling effort provides an understanding of where tsunami debris may be right now.

How can we tell what's tsunami debris vs. every day debris? Check out our on-going shoreline monitoring project.

Detecting Japan Tsunami Marine Debris at Sea: A Synthesis of Efforts and Lessons-Learned

This report is a review of the debris detection efforts that took place in the years following the earthquake and tsunami that struck Japan in 2011, as well as valuable lessons for the future of marine debris detection. 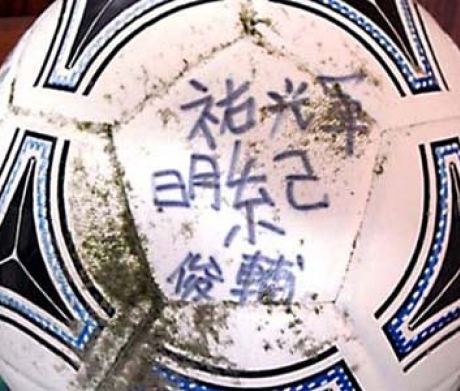 Now that some tsunami debris has arrived, what do you expect to happen in the future?

Tsunami debris began arriving on U.S. shores in the winter of 2011-2012 and has continued washing ashore in a scattered fashion ever since, mixing in with chronic marine debris. This pattern will likely continue. Beachgoers may notice an increase in debris on beaches, in addition to marine debris that normally washes up, depending on where ocean currents carry it.

How much debris is out there?

The Government of Japan estimated in March 2012 that the tsunami swept about 5 million tons of debris into the ocean and that about 70 percent sank quickly. The remaining debris was dispersed far across the North Pacific, an area of ocean roughly three times the size of the lower 48 states. Some debris reached U.S. and Canadian shores, and the arrival of debris is expected to continue. At this time, there is no way to accurately estimate how much debris is still floating--some likely sank or deteriorated.

Which areas of the U.S. and Canada are most impacted by the debris?

Items have made landfall in Alaska, Washington, Oregon, California, Hawaii, and British Columbia. Mariners have also reported debris as they crossed the North Pacific. Marine debris is pushed through the ocean by wind and currents, and no one is able to accurately predict how winds and currents will behave more than a week in advance; it's similar to predicting the weather. NOAA's models gave us an understanding of where debris may be currently located, but they can't predict where debris will go in the future.

Not every item found on our shorelines is from the Japan tsunami. Marine debris is an everyday problem, especially around the Pacific, so it's very difficult to tell where debris came from without unique identifying information. Significant changes in type and amount on a shoreline are an indicator that debris is from the tsunami.

What should I do if I see debris?

If you see small debris, such as bottles, aluminum, or Styrofoam, remove the debris from the beach and recycle as much as possible. Larger, hazardous, or unmanageable debris could be a safety risk and should be left alone and reported to local authorities. Some states have established toll-free phone lines for reporting all categories of marine debris, including potentially hazardous debris: Hawaii: Call (808) 587-0400 Oregon: Call 2-1-1 Washington: Call 1-800-OILS-911 Marine debris items or significant accumulations potentially related to the tsunami can also be reported to DisasterDebris@noaa.gov with as much information as possible (including its location, the date and time you found it, photos and other relevant descriptions). It is important to remember that not all debris found on U.S. shorelines is from Japan or the tsunami, so please use your discretion when reporting items.

How can I help?

There are many ways communities or individuals can help:

How has NOAA responded to the debris?

Many efforts continue within federal agencies to assess and respond to the debris. NOAA collected at-sea observation data from aircraft, satellite, and vessels, and worked with the Japan government to identify potential Japan tsunami marine debris items when possible. NOAA also modeled the movement of debris, conducted outreach to communities, and monitored baseline debris accumulations.

Beginning in 2015, NOAA discontinued making regular updates to the NOAA GNOME model. While this effort was useful in estimating debris movement and distribution initially, in the years since the tsunami, the debris has become widely dispersed across the Pacific and more difficult to model accurately. On any given day, additional marine debris from the tsunami could arrive on shorelines in Alaska, the West Coast, and Hawaii. If there is a need, NOAA will consider further modeling efforts.

NOAA and other federal agencies have also worked with states and local communities to develop planning guides, which include response protocols under various scenarios. These plans include guidance for mitigating marine debris that may be a hazard to navigation, a substantial pollution threat, carry invasive species, and threaten public safety or health.

How does the Coast Guard respond to large marine debris that may impact mariners?

Navigational hazards vary, and the Coast Guard coordinates with federal, state, local and tribal partners on how to respond to each occurrence on a case-by-case basis. In certain circumstances, the Coast Guard may destroy or sink a hazard to navigation at sea, as was the case with a Japanese vessel in the Gulf of Alaska in March 2011. Simple debris that poses no hazard to navigation would be managed by the states and/or local authority (or affected private or federal owners) in accordance with their laws, regulations, and procedures.

Since the tsunami, has there been an increase in hazards to navigation?

Marine debris is not new to U.S. shores, and as an agency, the Coast Guard reports that it has not noticed an increase in the number of potential hazards to navigation.
The Coast Guard's definition of a hazard to navigation is: an obstruction, usually sunken, that presents sufficient danger to navigation that requires quick action to mark it, remove it, or redefine a designated waterway to provide for navigational safety.

How does Coast Guard decide what is a hazard to navigation?

The Coast Guard's definition of a hazard to navigation is: an obstruction, usually sunken, that presents sufficient danger to navigation that requires quick action to mark it, remove it, or redefine a designated waterway to provide for navigational safety.

How can mariners find out if there is a hazard nearby?

In certain circumstances, the Coast Guard may also mark obstructions to advise vessel traffic of potential hazards to navigation. Mariners can also contact their local Coast Guard sector or Coast Guard station and ask if there are any known navigational hazards in the area.

Is the debris dangerous? Should I avoid the beach?

The public should continue to visit and enjoy our oceans and coasts, and help keep them clean. Most marine debris is not harmful, but we do encourage beachgoers to remain aware of their surroundings and handle any debris with safety in mind. If you don't know what it is, don't touch it. If it appears hazardous, please contact appropriate authorities.

We also encourage boaters to stay alert, especially at night, since large debris can be a hazard to navigation.

Why are there only a few "confirmed" sightings on the NOAA map?

Marine debris is an ongoing problem with everyday impacts, especially around the Pacific, so tracing objects back to their origin is very difficult. Items from around the world wash up on U.S. shorelines every day. For example, it is quite possible that some items with Japanese writing on them are not from the tsunami at all. Since the tsunami, NOAA has received thousands of reports of debris from the general public and partners at sea and on shore. While many of these debris objects may fit the profile of tsunami debris, only a few can be traced back to the disaster with 100 percent certainty. The sightings listed as "confirmed" tsunami debris represent objects that the Government of Japan and its consulates have confirmed to have originated in the tsunami impact zone.

Is the debris in a mass? Is there an "island" of debris?

No, there is no solid mass of debris from Japan heading to the United States. Whatever debris remains at sea is widely dispersed. Read more: http://marinedebrisblog.wordpress.com/2013/11/05/no-solid-mass-of-debris...

What kinds of debris should we expect?

While we do not know exactly what debris is still floating at or near the ocean surface, it likely includes highly buoyant materials. So far, items that are confirmed to have come from the Japan tsunami include vessels, buoys, sports balls, floating piers and a motorcycle in a shipping container. Other types of debris that could wash up include floating debris such as fishing nets, lumber, plastics, household items, foam pieces, and possibly chemical or oil drums.

Is the tsunami marine debris radioactive?

NOAA is not actively involved in monitoring radiation related to Fukushima, however the EPA continues to monitor air and the FDA is testing fish. Some marine debris has been tested by the states, including items known to be from the tsunami, and no radioactive contamination above normal was found.