Protectores de Cuencas "Think Before you Drop it" 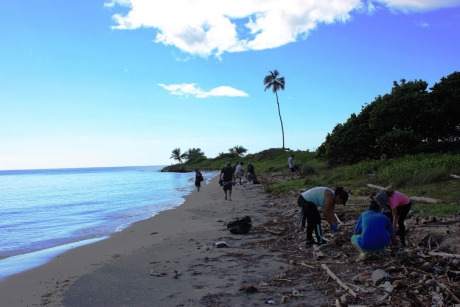 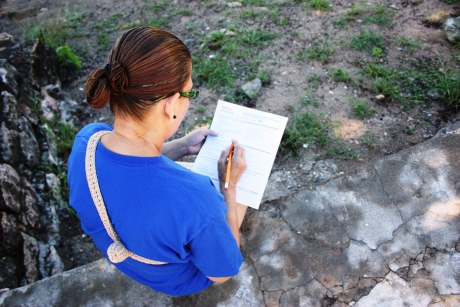 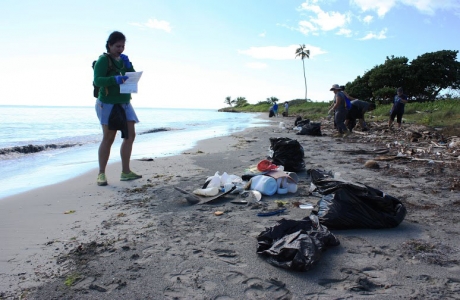 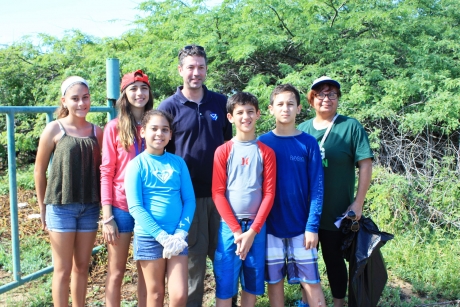 What’s the project?
Protectores de Cuencas, Inc. launched Think Before You Drop It, a research-based social marketing campaign to reduce litter on beaches in Guánica/Río Loco Watershed, Puerto Rico. The project team organized seven cleanup activities along nine beaches within the Guánica/Río Loco Watershed (La Jungla, Manglillo Grande, Manglillo Pequeño, Las Pardas, Jaboncillo, Los Congres, Ballenas, Atolladora, and Tamarindo). At these cleanups, community members, stakeholders, and beach users were invited to take part while the Protectores de Cuencas research team gathered debris information, made site observations, and conducted participant interviews. The research team analyzed data collected during those cleanups and presented their findings at organized community events. The research team developed ways of reducing marine debris in specific areas. Through a series of workshops, youth and children developed messages for the campaign. They presented these marine debris reduction messages to their peers and parents at outreach events. Throughout the development process, the messages were tested in focus groups and the messages with the most impact were chosen.

Who is involved?
Protectores de Cuencas is a science and community-based nonprofit organization helping to restore and protect watersheds (cuencas) across Puerto Rico. They hope to improve the condition of their coastal habitat and decrease the mortality of marine species by reducing marine debris in Guánica, Puerto Rico. But they are not working alone. The team collaborated with their local communities, as well as worked with children and focus groups to develop appropriate anti-litter messaging and test its effectiveness near the end of the project.

What is something unique about the project?
To increase interest, Protectores de Cuencas held two photography contests (one to highlight the negative impacts of marine debris in the environment and one to highlight the beauty of the coastal ecosystem), developed public service announcements with children, and put on a puppet show. At the end of the campaign, Protectores de Cuencas returned to seven cleanup sites to measure the effectiveness of the marine debris reduction campaign and carry out evaluation surveys. To further engage with their community and neighboring towns, Protectores de Cuencas provided lessons-learned and accomplishment summaries to locals in order to promote future projects and share techniques and opportunities to more widely reduce the quantity of marine debris on the beaches.