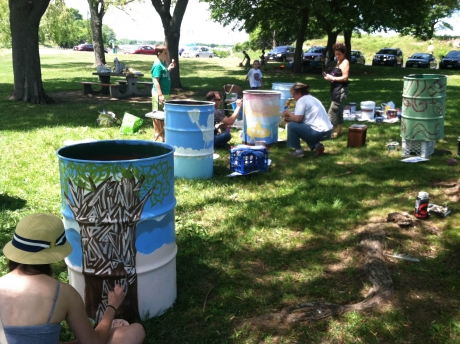 What does it accomplish?
Talking Trash for Clean Oceans prevented marine debris by raising community awareness about the connection between trash and clean water, fostering sustainable behavior change, and creating and making available a campaign that can be replicated in other coastal and Great Lakes communities.

Who is involved?
This project was led by Salem Sound Coastwatch in partnership with the NOAA Marine Debris Program and involved teenage students.

What is something unique about the project?
Clean Oceans Discovery Kit was given to every student on Talking Trash for Clean Oceans Discovery Days to take home to share with their families. All of the project’s unique materials, curricula, and interventions conducted are replicable, and upon the completion of the two year program, a boxed edition was housed at the New England Aquarium Teacher Resource Center.