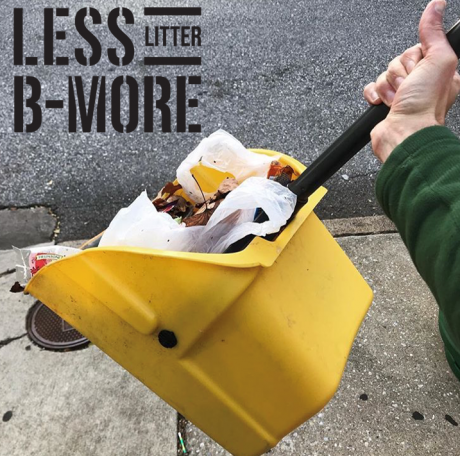 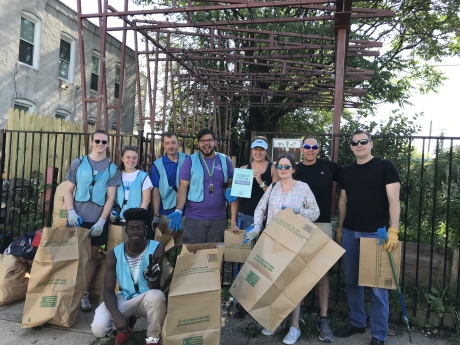 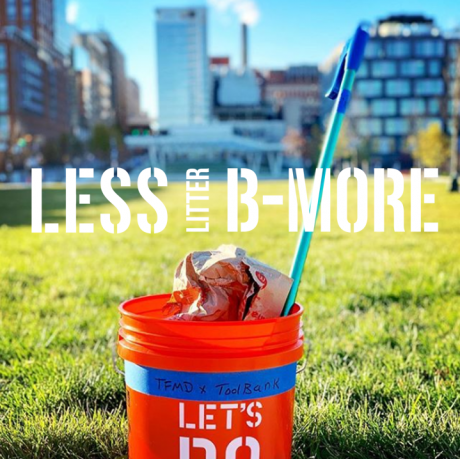 Together with the City of Baltimore, the Maryland Port Administration, the NOAA Marine Debris Program, and a collection of nonprofit organizations in Baltimore, Trash Free Maryland launched a multi-year social marketing campaign to reduce land-based litter in Baltimore City.

What is the project and why is it important?
Like many places, land-based litter is an issue in Baltimore City, so Trash Free Maryland launched a multi-year social marketing campaign to reduce Baltimore’s land-based litter. The team conducted formative research and piloted a small-scale campaign with selected community mentors to promote litter cleanup activities. The ultimate goal of the project was to reduce the amount of litter in Baltimore’s neighborhoods and waterways.

There have been many campaigns around the country that have targeted individuals who litter with inconsistent success, so this initial campaign targeted individuals who dislike litter but do not actively pick it up or otherwise work to prevent it. By targeting people who do not litter but also do not otherwise act against it, this project empowered people and increased community engagement, creating a positive message for Baltimore. The goal of the pilot was to identify which social marketing tools will effectively address barriers and motivators specific to littering behaviors that were appropriate for the community efficient, and effective to deploy across the city.The Less Litter, B-More Initiative promoted behavior change programming on littering and was widely promoted across the city. 675 people were engaged through education and outreach activities and 347 people were engaged in clean-up activities. The project helped ensure that 495 tools clean-up tools were provided to individual or small scale cleanup efforts. Their goal was to get the supplies in the hands of people who will use them to fight litter in Baltimore.

Through the successful design and implementation of this campaign, this project aimed to change the ethic around litter in Baltimore City, instilling pride in the community that led to cleaner neighborhoods and waterways, and stemming the tide of trash pollution that contaminates Baltimore’s Inner Harbor and the vital environmental resources of the Chesapeake Bay.