An Analysis of Marine Debris in the US 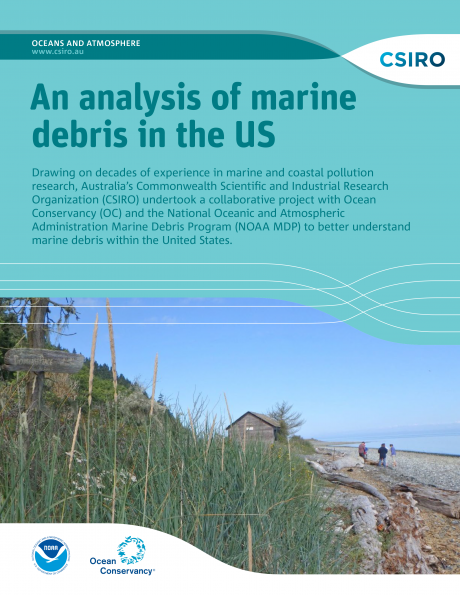 This project summary details the results of a rigorous analysis of the NOAA Marine Debris Program’s Marine Debris Monitoring and Assessment Project (MDMAP) dataset and the Ocean Conservancy’s International Coastal Cleanup dataset. This study was funded by the NOAA Marine Debris Program and led by the Ocean Conservancy (OC) and the Commonwealth Scientific and Industrial Research Organisation (CSIRO) of Australia. This project used a statistical model to identify geographic patterns and trends in marine debris distribution, assess marine debris management actions, and produce recommendations to improve marine debris monitoring protocols in the US. From this in-depth analysis, it was estimated that there are between 20 million and 1.8 billion marine debris items along the shoreline of the continental United States at any given moment, given that debris is constantly being deposited onto and washed off the shoreline. Findings from OC’s dataset indicated high marine debris loads, or hotspots, on the shorelines of Texas, the Gulf States, California, and the Mid-Atlantic states. Analysis of NOAA’s data showed that container deposit legislation for plastic bottles in Hawaii, Oregon, and California was effective in reducing the amount of plastic bottles found on the shorelines of those states. For more results, check out the project summary and/or full report.

An Analysis of Marine Debris in the US - Final Report

Refer to the “Get Started Toolbox” for more MDMAP resources