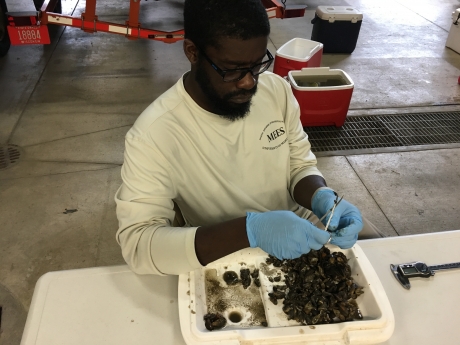 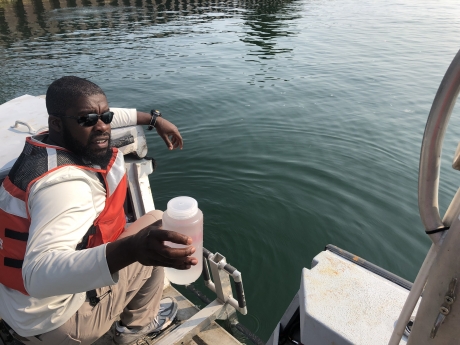 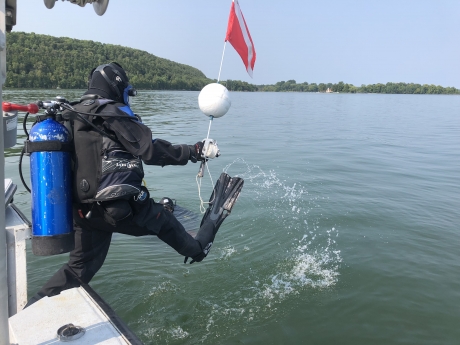 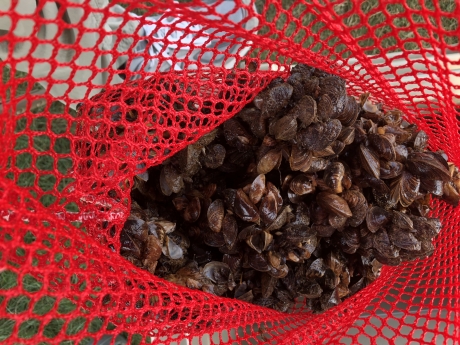 This collaborative study between the NOAA Mussel Watch Program, Loyola University Chicago, and the NOAA Marine Debris Program, will use invasive mussels as a monitoring tool for estimating the distribution and abundance of microplastic pollution across the Milwaukee Estuary, Wisconsin.

Who is involved?
Researchers from the NOAA National Centers for Coastal and Ocean Science (NCCOS) Great Lakes Mussel Watch Program , and Loyola University Chicago are working with the NOAA Marine Debris Program to understand the distribution and abundance of microplastic pollution across the Milwaukee Estuary, WI. This study will explore the possibility of incorporating microplastic analysis into the Mussel Watch Program's existing monitoring efforts as potential tool that can be used to monitor microplastics in the Great Lakes. Funding for this project came from the NOAA Marine Debris Program.

What is the project and why is it important?
Microplastics are plastic particles that are <5 mm in size and are found everywhere in the marine environment. They are also highly prevalent in the surface waters of the Great Lakes and its tributaries. Microplastic ingestion has been documented for marine bivalve species (i.e., oysters, mussels, scallops) farmed or harvested and sold for human consumption. Transfer of microplastics from bivalves to their predators when they are eaten has also been reported. Thus, freshwater bivalves may similarly serve as a vector for microplastics in freshwater food chains. Zebra and quagga mussels are invasive to the Great Lakes and are known to concentrate contaminants in their tissues. There is also evidence of biomagnification across the food chain. The round goby, another Great Lakes invader, specializes on these mussels and forms an integral part of the diet of many fish-eating organisms. Some predators of these animals, like smallmouth bass, are taken for human consumption in the Great Lakes region. Thus, the possibility exists for microplastic ingestion by these mussels to influence freshwater ecosystems and potentially pose a risk to human health.

This project seeks to incorporate microplastic sampling into the well-established NOAA NCCOS Great Lakes Mussel Watch Program (GLMWP), which, since 1992, has been using these invasive mussels to monitor contaminant levels in coastal waters of the US Great Lakes. Recently, the GLMWP began focusing on priority urban areas to provide a more robust measure of bioavailable contamination, continuing to use deployed caged mussels to track source contaminants in areas where extant mussels beds are not found. This pilot project will assess the feasibility of biomonitoring for microplastics in the Great Lakes using the invasive zebra and quagga mussels, similar to contaminant monitoring that is conducted by the NOAA GLMWP. Staff at NOAA NCCOS will collect additional invasive mussel samples from existing contaminant monitoring sites in the Milwaukee Estuary, Wisconsin to be targeted for microplastic analysis. Mussel and water samples will be sent to Loyola University where microplastics will be isolated and typed. The pilot study seeks to incorporate microplastic analysis into the GLMWP contaminant repertoire as a potential tool for monitoring microplastics in the Great Lakes, which can be used to determine the success of efforts to improve the environmental quality of the Great Lakes from the perspective of plastic pollution.

Invasive zebra and quagga mussels will be analyzed for microplastic pollution. (Photo: NOAA)