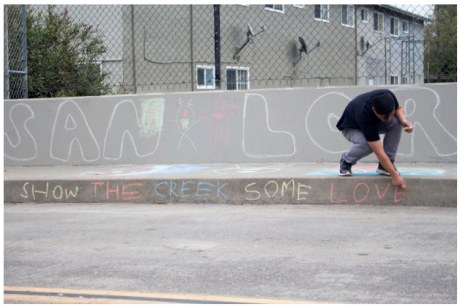 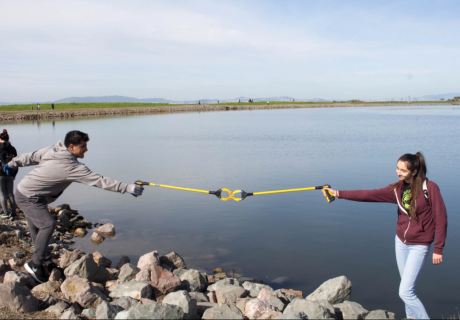 Who is involved?
EarthTeam implemented an anti-litter outreach and education program for high schoolers in the San Francisco Bay Area, through support from a NOAA Marine Debris Program Marine Debris Prevention through Education and Outreach Grant.

What is the project and why is it important?
Littering can be a big source of marine debris, and it is not just a coastal problem. Litter can be picked up by the wind or washed into storm drains by rain and carried into streams and rivers that eventually transport the trash to the ocean. Litter that becomes marine debris can have many adverse impacts including being eaten by wildlife, entangling animals, harming habitat, and limiting fishing and recreation.

The Zero Litter Project worked with teams of two teachers and twelve interns from six San Francisco Bay Area high schools to implement “Zero Litter Campaigns” at their schools and in their communities. The students learned about marine debris and received communication and leadership training to develop their campaigns. In addition, they used the Marine Debris Tracker App to collect data from weekly litter surveys in and around their schools, and then mapped and analyzed the data to better understand the local problems and to develop recommendations for the school and local communities. EarthTeam created a great online mapping tool to show the data collected by the students.

As part of their campaign, the high school interns conducted education and outreach at their schools and to the public through presentations to their peers and participation at local festivals and events. The interns also designed and implemented projects throughout the year, such as organizing community beach cleanups, installing educational marine debris art on waste bins, holding community webinars, and more. The students documented their projects and reflected on what they learned on their school's Zero Litter blog and on Instagram.