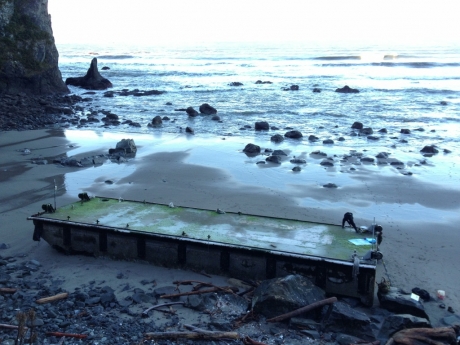 A 66-ft floating dock that was dislodged from the Port of Misawa in Japan during the tsunami and washed up on the Olympic Coast of Washington near Mosquito Creek in December 2012 (Photo: NOAA). 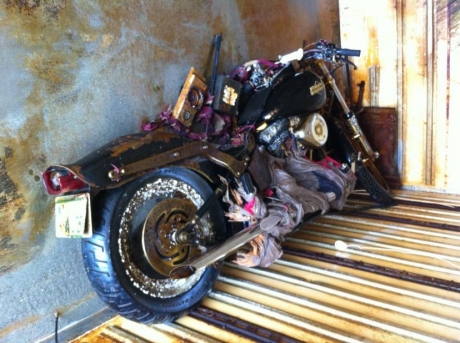 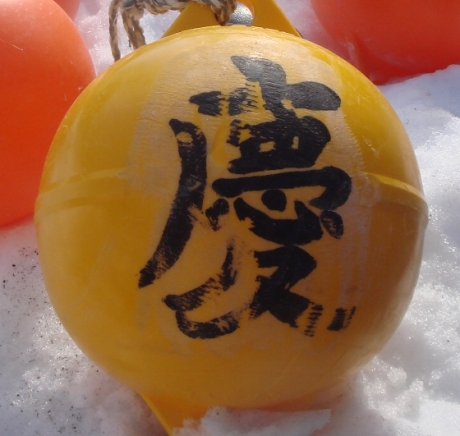 Yellow float found on the shoreline of Middleton Island, Alaska in May 2012 (Photo: David Baxter). 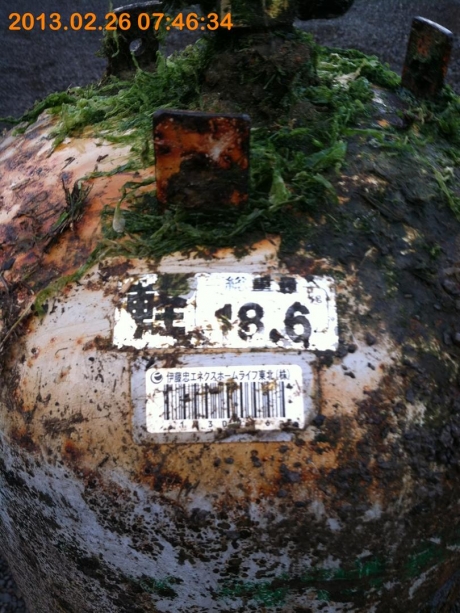 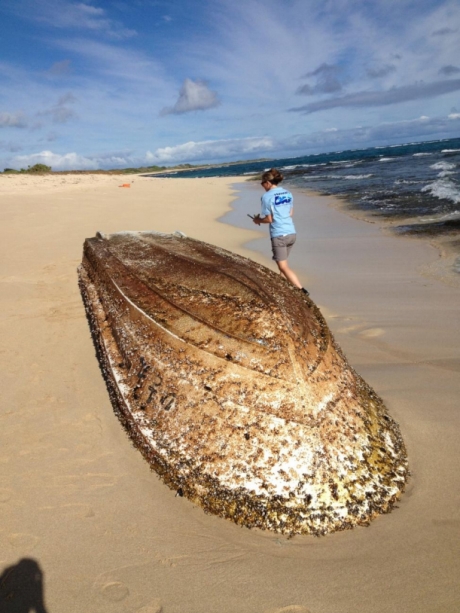 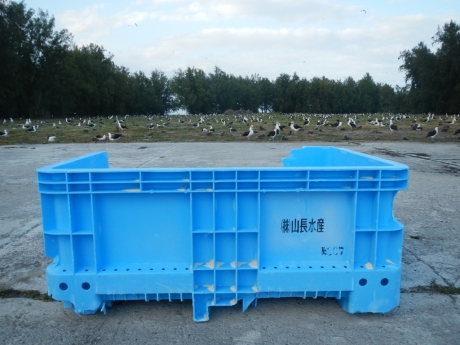 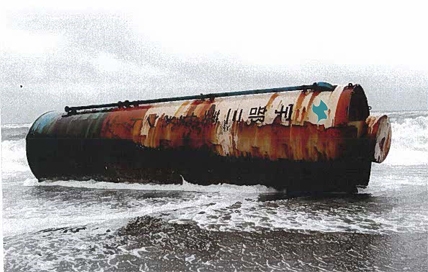 A large steel tank found on the east side of Haida Gwaii, British Columbia in January 2013 (Photo: Kevin O'Donnell). 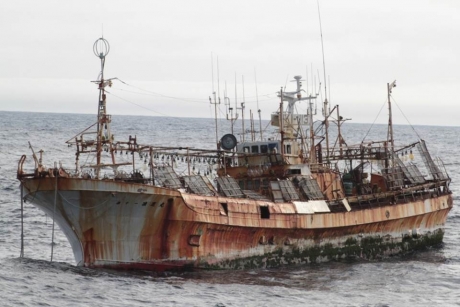 Starting in December 2011, NOAA received hundreds of reports of tsunami debris from vessels at-sea and beachgoers in the Pacific states and British Columbia. These items ranged in size and type, and include anything from small plastic bottles to derelict boats. Several of these items were definitively traced back to the tsunami, and some were even returned with the help of the Government of Japan and local Consulates. Identifiable items included several vessels, most notably a 170-foot squid fishing vessel, a soccer ball and volleyball, a motorcycle, several buoys, two floating docks, and more. Many of these items had registration and serial numbers, or some other unique marker, that helped to identify their owner and confirm that they entered the ocean as a result of the tsunami.

One confirmed item from the tsunami was a 185-ton dock that was dislodged from the Port of Misawa in Japan, and landed on the remote coast of Olympic Coast National Marine Sanctuary and Olympic National Park in Washington State. The dock was ultimately removed with support from many state and federal agencies. The U.S. Coast Guard initially located the dock in December 2012 after it was reported by a mariner. Washington's Marine Debris Task Force provided support for the initial response, inspected the dock for non-native species, and provided updates through their web platform. The U.S. Fish and Wildlife Service also supported the effort's planning and preparation, and NOAA's National Weather Service provided spot forecasts for the area, ensuring that the contractors and agency staff were using reliable weather information during the removal work. The removal effort was paid by NOAA's Office of National Marine Sanctuaries, the National Parks Service, and with funds provided to NOAA from the Government of Japan to help with cleanup of marine debris from the tsunami. For photos of the dock removal, visit the Washington State Department of Ecology Flickr.

Marine debris is an everyday problem, and it is important to remember that not all debris found on U.S. shorelines, even during the peak arrival of tsunami debris, came from Japan. Even items with Japanese writing on them may have been lost or abandoned before or after the tsunami from sources around the Pacific Ocean.

Confirmed sightings (red icons) indicate objects that were identified and definitively traced back to the tsunami impact area, while the potential sightings (yellow icons) indicate objects that may be linked to the tsunami, based on location, type, and markings, but that may not have the unique identifiers necessary, such as a serial number or contact information, to confirm its origin.